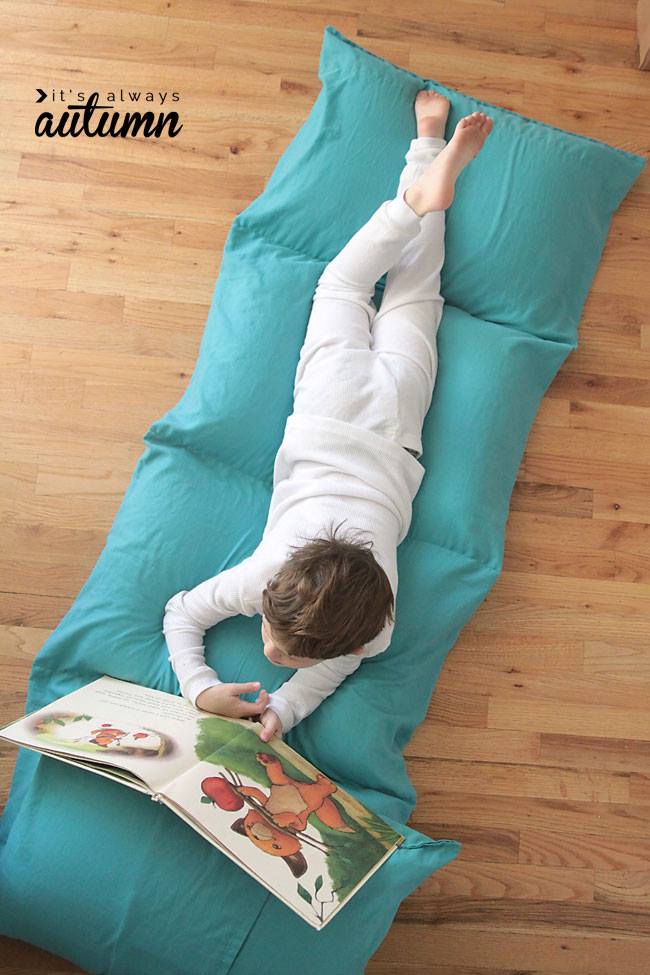 What are pillow beds?

Imagine losing everything you ever had.  All of your clothes, pictures, toys and possessions.  Imagine losing your bed, furniture, even your home.

That’s what kids who are touched by disaster live with every day.

They often end up living in shelters, with friends or family, sleeping on the floor or in their car.  And this goes on. For a very long time.

These are people just like you and I. Many of them lose everything and are bouncing between houses while they wait for the help they need.

Kids are sleeping on the floor as friends and families take in more than one additional family. Everyone is doing the best they can.

But these kids have no beds of their own.  They don’t have a place to lay their head down every night that they can claim.

Pillow beds provide just that for them.

These beds serve many functions. They are great beds for kids sleeping on the floor, at a shelter or in a car. They can be folded up to make a lounge for them to hang out on and read, color or just listen to music.

Best of all they can be carried from place to place. So regardless of their situation they can have a bed that they can claim as their own.  A place to be comfortable with, that they can snuggle into at the end of a long day.

And, once they begin to replace items they’ve lost, and they have a home and a bed again, they can continue to use these for sleepovers, lounge chairs and something soft to cuddle with at night.  These pillow beds become their very own lounge chairs and body pillows.

It takes 4 pillows and 4 pillowcases to make these beds, and these are something they will keep with them forever. 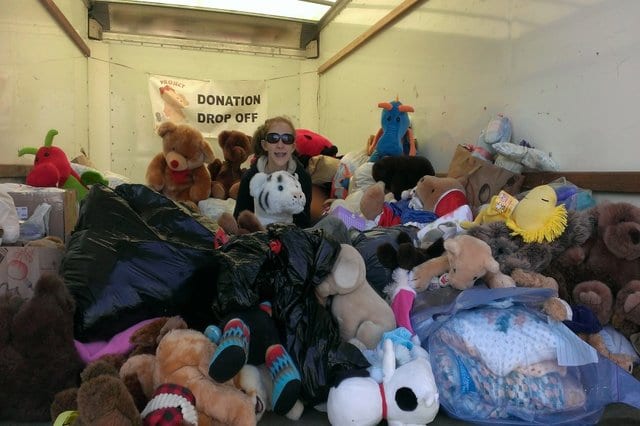 People often ask why we created Project Bear Hugs.  Why give families who don’t have food in the cupboards something as trivial as stuffed animals.

Children are often the forgotten victims in a disaster.  Families are struggling to get their homes back, to fix their vehicles, to keep their jobs and put food on the table.  It is a very real struggle that families across the country are struggling with every day.

And parents are tired. They are working the equivalent of two jobs..one making money to support their family, then when they get off at the end of a long day they are often working on rebuilding and recovery efforts, either their own or to help their loved ones.

And the children are lonely. They’re scared. Their parents comfort them, but they just can’t be everywhere all the time.

These children need something to hold onto. Something to hug as they drift off to sleep or to keep with them as they are returning to daycare while their parents go to work.

And with that Project Bear Hugs was born!

We collect new and gently used stuffed animals to distribute to kids who have been touched by disaster.  We deliver them directly to kids at fun and energetic events, giving them a chance to celebrate life and have fun, without putting extra work on the parents’ shoulders.

We identify the children in need, those who have been overlooked or haven’t been able to get help or have suffered extraordinary loss.  Once the kids in need are identified we collect what is needed and deliver them directly to the kids in need. 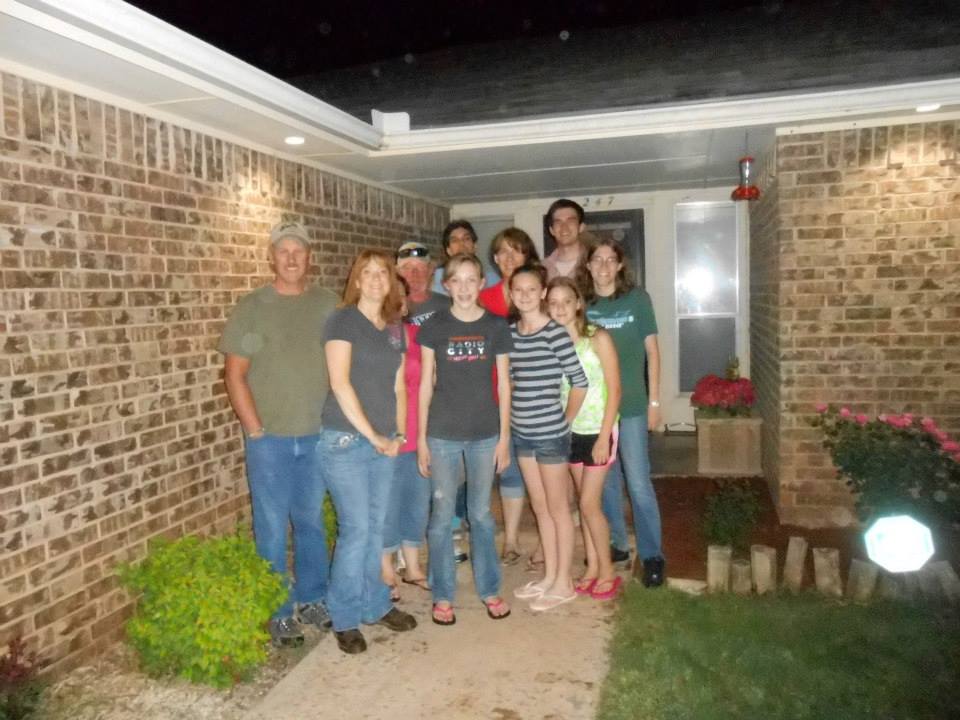 In May, 2013 an EF5 tornado tore through Moore, OK, killing 24 people and injuring 377 others.  They estimate 1,150 homes were destroyed and damages were estimated at $2 billion.  Among the damaged buildings were 2 schools.  7 students were killed at one of the schools.

The EF5 tornado was the last of several to hit the area, and the devastation was massive.

In the following weeks we collected over 2,800 new and gently used stuffed animals and other needed comfort items and we drove them back to Moore, OK to personally distribute them. It was part of the core mission to make sure every single donation went to someone in need.

Arriving in Moore was one of the most heartbreaking times we’ve ever experienced. Touring the devastated areas was nothing short of life-changing.  Seeing the homes with paint on them indicating if they were inhabitable or condemned was bizarre, to say the least.  How houses right next to each other could sustain such different amounts of damage is hard to comprehend.

What was most interesting was the reaction we got from the larger nonprofits.  As a new organization we went to OK thinking everyone was working together for the common goal of making OK whole again.

Every organization we talked to told us to take our donations elsewhere. They suggested we donate them to a Goodwill in another state because they had all the donations they could handle.

Discouraged we headed back to our hotel.

Later that night we went to a 7-11 to grab some soda and snacks.  Turns out, that quick stop would forever shape our future.

We met a lovely lady there who was so upset she was in tears.  She was from a small community right outside of town. A community that had been forgotten.

She was at 7-11 picking up diapers for a neighbor who was out.  As we talked with her we learned that her entire area had been all but forgotten. They had gotten no donations, they were without power for almost a week immediately after the tornadoes, and the people there were leaning on each other because there was no one else to lean on.

When we told her we had been sent away she begged us to come deliver the donations to her community.  They needed everything.  Clothes, toys, pet food…everything.

Even later that night we drove out to her house to deliver the donations. We were met at the driveway by the most grateful people I have ever seen in my life.

We delivered all of the donations and have since stayed in touch with the family.  The donations helped out 13 different families who were need. Families who had thought they had been forgotten.

We learned a lot on that trip. Lessons we will take with us for life.

What we learned most is that just because the news or public statements say there is no longer a need, that is not necessarily the case.  That often has far more to do with their resources than the needs of the locals.

Do your research when you want to donate. Work with an organization that works directly with locals. Here are some key things to look for when donating, things we learned the hard way:

There are a lot of great places to donate, and the important part is making sure the people are getting what they need.